Vizzywig 4K is the first all-in-one movie-making application that combines the camera record mode and the video editing mode together in the camera view. With our new Universal Picker, you can select, edit, transform and import multiple photos and videos (in order) in one step from Albums, Dropbox, Digital Cameras and more. Add Music, Studio Intros, Titles, Lower-Thirds, B-Roll, Scrolling Credits and more in seconds.

See what the Press is raving about! "The app itself is great and does some remarkable things. It has put a 4K video camera and editing suite into an off-the-shelf iPhone... a truly amazing feat." – Steven Sande (AppleWorld.Today)

AS FEATURED ON: Macworld.com, TUAW.com, Slashgear.com, BusinessInsider.com, iClarified.com, TheBlaze.com, and 2,100 articles on Google in just 72 hours after release.

“Easy and powerful.” – Jackie Dove, Macworld.com “A robust multi-camera video-editing suite.” – Kelly Hodgkins, TUAW “You’ll be the next Steven Spielberg in no time!” – Zach Walton, WebProNews “The results are impressive… and the bit rate is super high” – Philip Bloom, Filmmaker

MAJOR UPGRADE: Added new Universal Picker which allows you to scale, rotate and trim multiple videos and photos from GoPro, Dropbox, Camera Roll, Albums and other Vizzywig sessions in a single step!

Capture, edit and share life’s moments in minutes with 8 times the resolution, 8 times the quality? Import clips, add transitions, overlay snapshots and titles, set in/out points, split clips and set background music while you capture the event. When the event is over, simply tap DONE and your finished movie is rendered in minutes complete with a studio intro, titles, transitions and even Hollywood-style scrolling credits.

EVERY FRAME OF YOUR VIDEO IS A POSTER QUALITY PRINT In 4K Frames mode, every single frame of your video can be viewed individually in a gallery view and saved for high resolution photo books or printed as a giant, full-color poster!

Until now, HD and 4K motion picture movie capabilities have only been available to professional film-makers and others who have been willing to shell out several thousands of dollars for the proper equipment, and invest in the hundreds of hours it takes to shoot, edit, and publish these videos over and over again. Don’t let your YouTube videos, home movies and independent films become obsolete. Whether you are a father, a mother, an independent film-maker, a YouTuber, or just someone who likes to shoot awesome videos, this is truly the app for you. 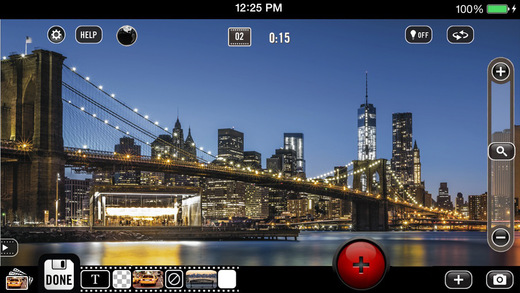 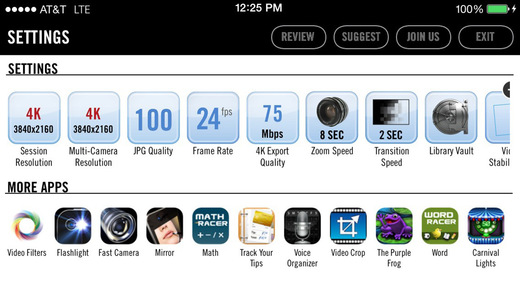 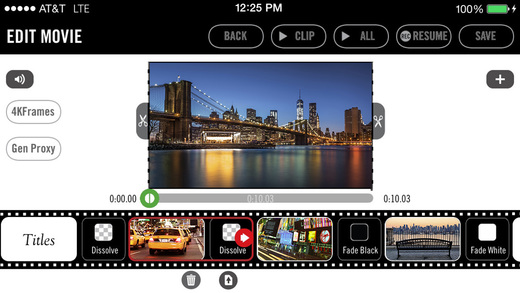 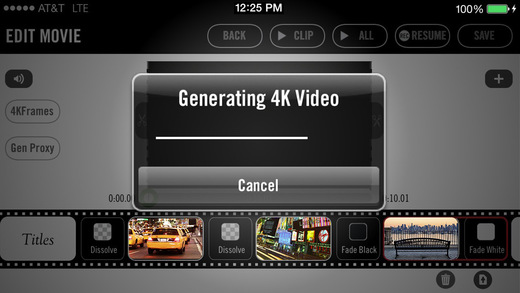 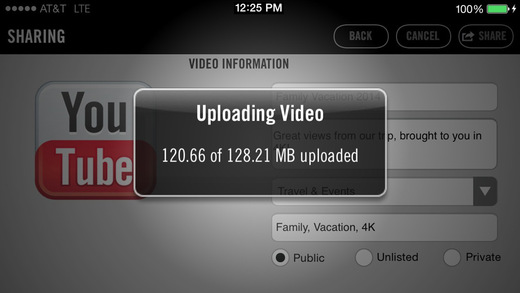